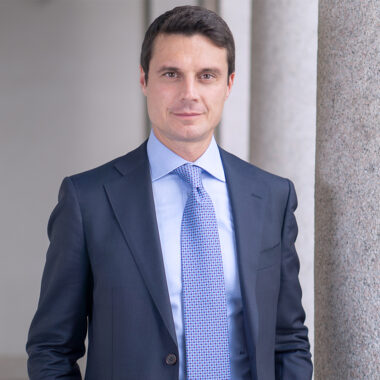 Riccardo was born in 1976. He is Associate Professor of Private Law at Università degli Studi di Bologna (School of Law), where – after received his Law Degree (J.D.), with honours – completed his Ph.D. in Civil Law in 2006 and, from 2009 to 2014, was a Research Fellow.
He was a Professor of European Private Law at China E.U. School of Law (China University of Political Science and Law – Beijing) from 2009 to 2016.

He has gained experience in litigation cases, before court and arbitration panels, with focus on corpotate and commercial law and bankruptcy. Moreover, he advices on M&A and company restructurings, as well as on corporate governance issues.

Riccardo periodically partecipates as a speaker in domestic and international conferences, as well as in seminars and training courses organized by the district councils of the lawyer and chartered accountant professions, with particular regard to issues related to corporate and bankruptcy law.

He authored more than eighty scientific publications, including monographic works, contributions in collective works and essays on journals.

Before joining Pedersoli Studio Legale, Riccardo worked at Lombardi Segni e Associati in Milan and at BCL Avvocati Riuniti in Bologna. He was a Visiting Attorney at Herzfeld & Rubin P.C. in New York in 2014.

Go to all practice areas

Go to all sectors